In his response to a letter from four Algonquin chiefs, Metis/Blackfoot elder and world renown architect Douglas Cardinal has confirmed his support for Akikodjiwan.

“I fully support your position and believe your proposed approach for restoring and protecting your Algonquin sacred area Akikodjiwan (including the waterfront in Gatineau and the Chaudiere, Albert and Victoria Islands in Ottawa) is both consistent with the vision of our respected Algonquin Elder, the late William Commanda, and a better source of long-term jobs than having Algonquins working for the proposed Windmill Development Project, which only perpetuates the historic frauds and abuses we have received from the Crown Governments and corporations operating on unceded Algonquin Territory.”

Other salient statements from Cardinal’s letter to the chiefs are:

* Algonquin Nations were not consulted by the Governments of Canada, Quebec or Ontario, or the National Capital Commission, or the municipalities of Gatineau, or Ottawa regarding changes to the status of lands and islands within your Algonquin sacred area Akikodjiwan.
* The actions of Windmill, Domtar, National Capital Commission, and the City of Ottawa, by not negotiating with your [four] Algonquin Nations, dishonor Aboriginal people, dishonor aboriginal rights and their special relationship with the Crown, and they dishonor the Crown.
* The “Algonquins of Ontario” is not a band, First Nation, Nation or entity possessed of Aboriginal title or rights, under Algonquin Law, Canadian law, or international law…it is a formulation of the Ontario and federal governments and does not represent your [four] Algonquin communities, and has never been mandated to negotiate on your behalf, or with respect to your Aboriginal title and rights interest in the province of Ontario.
* Akikodjiwan must be restored and protected in perpetuity and recognized within the National Capital Region as an Algonquin Nation Cultural Park and Historic Commemoration Site under an Algonquin controlled institution to be established by the Algonquin Nation.
* The site should be classified as a World Heritage Site because it is significant to the history of Canada for 6,000 to 10,000 years, or more.

The final sentences of Mr. Cardinal’s letter affirms his ongoing support: “I promised William Commanda that would make a stand for Akikodjiwan and his vision, which was the same vision as my Elders, and in doing so I have support from Indigenous people across all of Canada. I also have considerable support from non-Indigenous people who fully support Indigenous rights and self- determination. We need the support and resources of everyone to recreate a country that honors and protects our Indigenous rights.”

Read and circulate the Letter to the Chiefs – September 11 2015 (PDF will load). 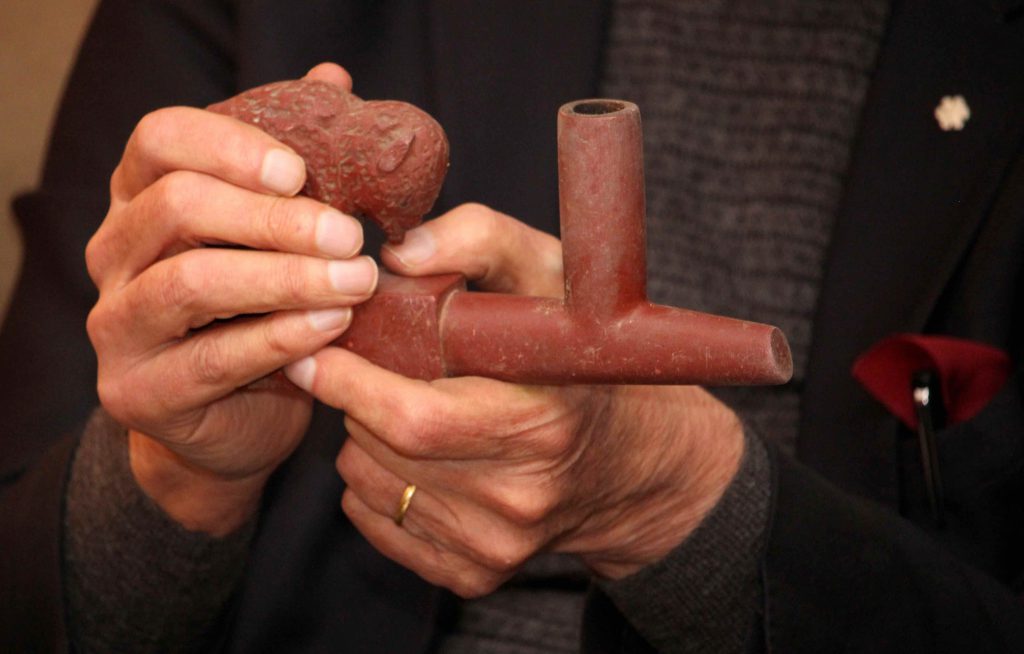