Suzanne Keeptwo has written a passionate letter to Senator Murray Sinclair–the former chair of Canada’s Truth and Reconciliation Commission–asking that he “ask the prime minister to implement a moratorium until a Talking Circle can be instituted to peacefully talk this out and come to consensus with all concerned parties.” 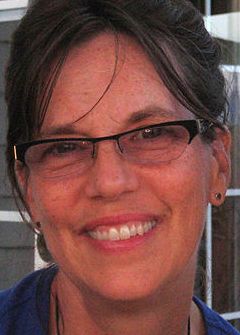 Keeptwo is a multi-faceted creative artist of Algonkin (Kitchesipirini)/French and Irish descent. As a professional educator, writer, editor, and journalist who advocates for Indigenous rights and cultural sensitivity, she wrote to Senator Sinclair on June 2 about the sacred site Akikodjiwan. Her letter is tagged “time sensitive” and she requests a reply at the Senator’s earliest convenience. The letter also refers to and informs the Senator about June 17, the day of the It Is Sacred walk led by Algonquin elders.

“A moratorium followed by a Talking Circle would be a significant motion to achieve some degree of Truth about how to Reconcile,” she writes.

Below are excerpts from the letter, which you may also view in its entirety (PDF will load).

“I do not have to remind you, Senator, of the many Calls to Action of your Truth and Reconciliation Report that clearly align with the goals and objectives of the Asinabka Vision for Akikodjiiwan, a Vision already  planned and supported by many –  Indigenous and non-Indigenous alike – for its natural, historical, anthropological, geographical, cultural, as well as, Sacred significance.

“This issue, this controversy, this opportunity has gone far beyond the mandate of the Department of Canadian Heritage and Public Services and Procurement Canada ‘for consideration.’

“You see, Senator, as the cities of Gatineau and Ottawa are involved, the provinces of Québec and Ontario, the National Capital Commission, Windmill Developers, Hydro Ontario, the Assembly of First Nations, and all ten of the Algonquin (federally identified) First Nations, and the Algonquins of Ontario (non status), the citizens of Ontario, Quebec, and Canada, Indigenous visitors to, and residents of, this territory, Idle No More Youth, International Spiritual Elders and Traditional Leaders – all involved, it is time our prime minister gets involved.”

The letter to Senator Sinclair is copied to numerous officials and to the development company that wants to build a $1.2 billion “green community” on the sacred site.