“I received a letter from the Prime Minister which may or may not have been a response to my personal letter. It did not address the issues raised,” said 83-year-old Dr. Cecil King on January 15 from his home in Saskatoon.

What did Dr. King’s letter to the Prime Minister (PM)say that the PM has chosen to ignore? And why would the PM decide it was appropriate to ignore the words of a respected man who has written to him in a respectful way? An opening paragraph to Dr. King’s letter says:

“May the Creator of all Things make my mere words as medicine to those who hear them.”

World-renowned architect Douglas Cardinalhas described Dr. King’s letter to the PM as one written with “the true heart of an Anishinaabe.”

A contemporary of the late Grandfather William Commanda of Kitigan Zibi Anishinaabeg, Dr. King is Odawa, born in 1932 at Wikwemikong Unceded Indian Reserve in Ontario. His 19-page curriculum vitae chronicles the accomplishments of a man of learning whose entire life has been steeped in Anishinaabeg culture and language.

Dr. King is professor emeritus of Queen’s University, Kingston, Ontario. He has received many honours, such as 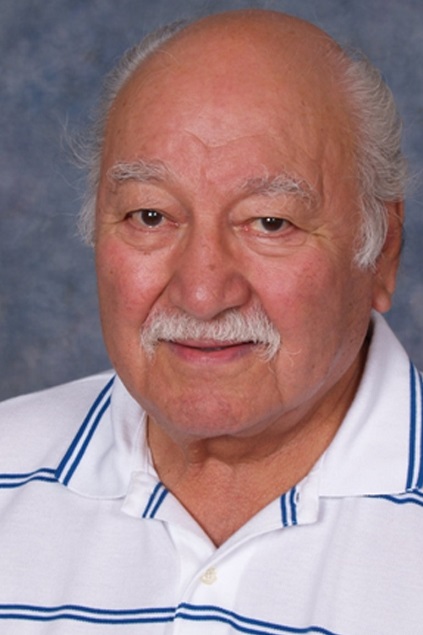 If the Prime Minister is to respect Dr. King for who he is, should he not do Mr. King the courtesy of replying to the suggestions that Dr. King outlines in his letter? Or is one of the main issues Dr. King raises too controversial, too “hot” for the PM to touch?

Here are excerpts from Dr. King’s letter, used with his permission:

I am writing because my friend, the late William Commanda, knew the Creator’s instructions to our people. He also understood the promises made by our ancestors and the newcomers. He was the keeper of the three sacred wampum belts…

Subsequent visitors have not respected this place as sacred. The newcomers saw only the power of the falls and thought of harnessing it for its power. The forests were admired for their commercial value. Soon, the river was transformed into a place to generate power to support the saw mills and pulp mills. The falls were obscured. The forests were decimated. The Algonquins were displaced.

William Commanda had a vision. His Vision for the Sacred Site of Akikodjiwan: Chaudière Falls, Chaudière, Albert and Victoria Islands was approved by all the Algonquin in Quebec and Ontario in 2001–2002. The fully inclusive site plan contains a sustainable economic plan creating a Central Public Park, Historic Interpretive Sites, a Conference Centre, Office and Activities Centre and a Cultural Aboriginal Centre. The core objective of the vision is to awaken and share the universal Indigenous Philosophy to advance the healing of Canada and all humanity. The vision will give all human beings an opportunity to reconnect with the land and its waters.

The vision is still being pursued by Algonquins. The four First Nations—Wolf Lake First Nation, Timiskaming First Nation, Eagle Village First Nation and the Algonquins of Barriere Lake—are fighting to see the development of the vision. They envision a way of using the geography of the National Capital to symbolize a new relationship between the people indigenous to what is now Canada and those who came more recently.

Following a spiritual man’s vision which lays out a way to meet environmental objectives, spiritual and cultural regeneration for our people and developing good relationships seems to be a wonderful symbol of the direction that the new government has signalled that it wants to go {emphasis added}. This cultural symbol in the centre of a major capital city in the world could more than anything else demonstrate Canada’s commitment to changing relationships and working towards a better, healthier world.

If you agree that Dr. King’s letter deserves a complete reply from our Prime Minister, please consider writing to Rt. Hon. Justin Trudeau, House of Commons, Ottawa, ON K1A 0A6. Ask the PM to respond more fully to the propositions set out in Dr. King’s original full letter [PDF will load]. You may also email justin.trudeau@parl.gc.ca