The event attracted about 70 people, a host of media, and many supportive honks from cars and trucks using the bridge near Victoria Island. A large “Zibi” sign erected by Dream Windmill was visible behind the speakers. Here’s a visual diary of today’s event. 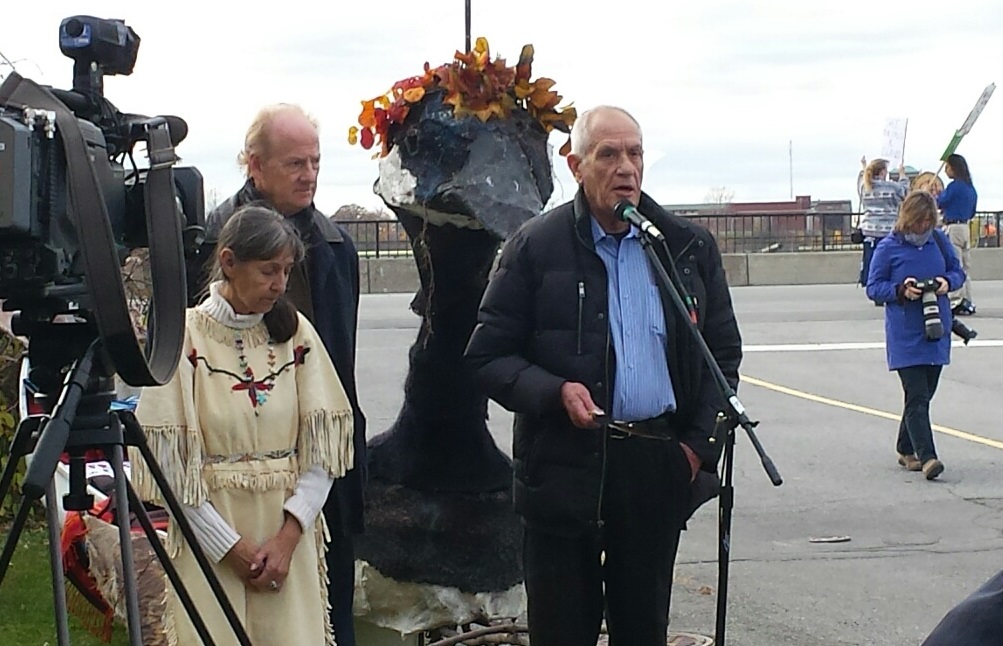 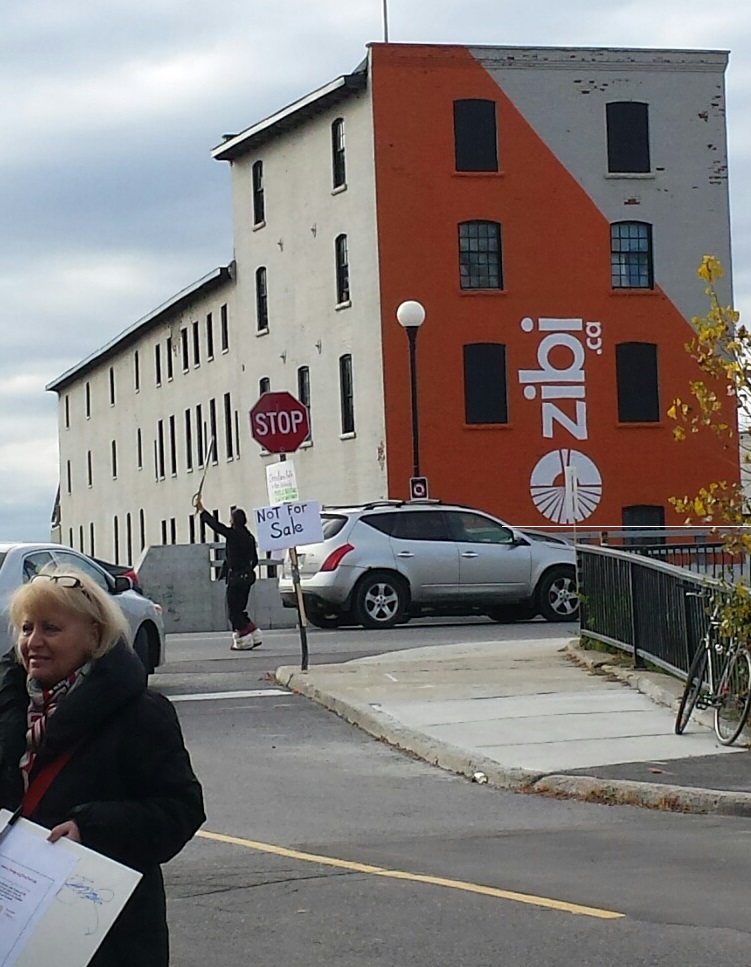 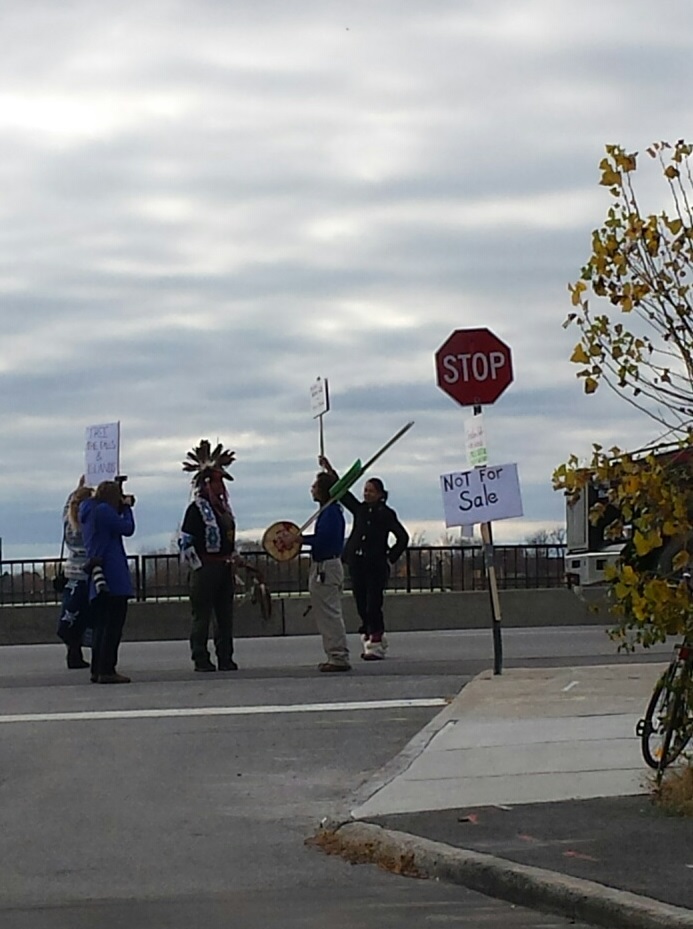 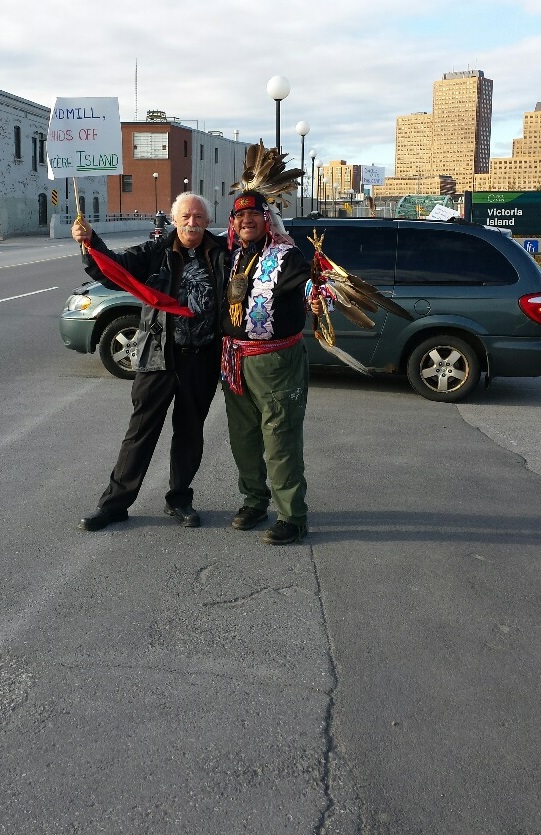 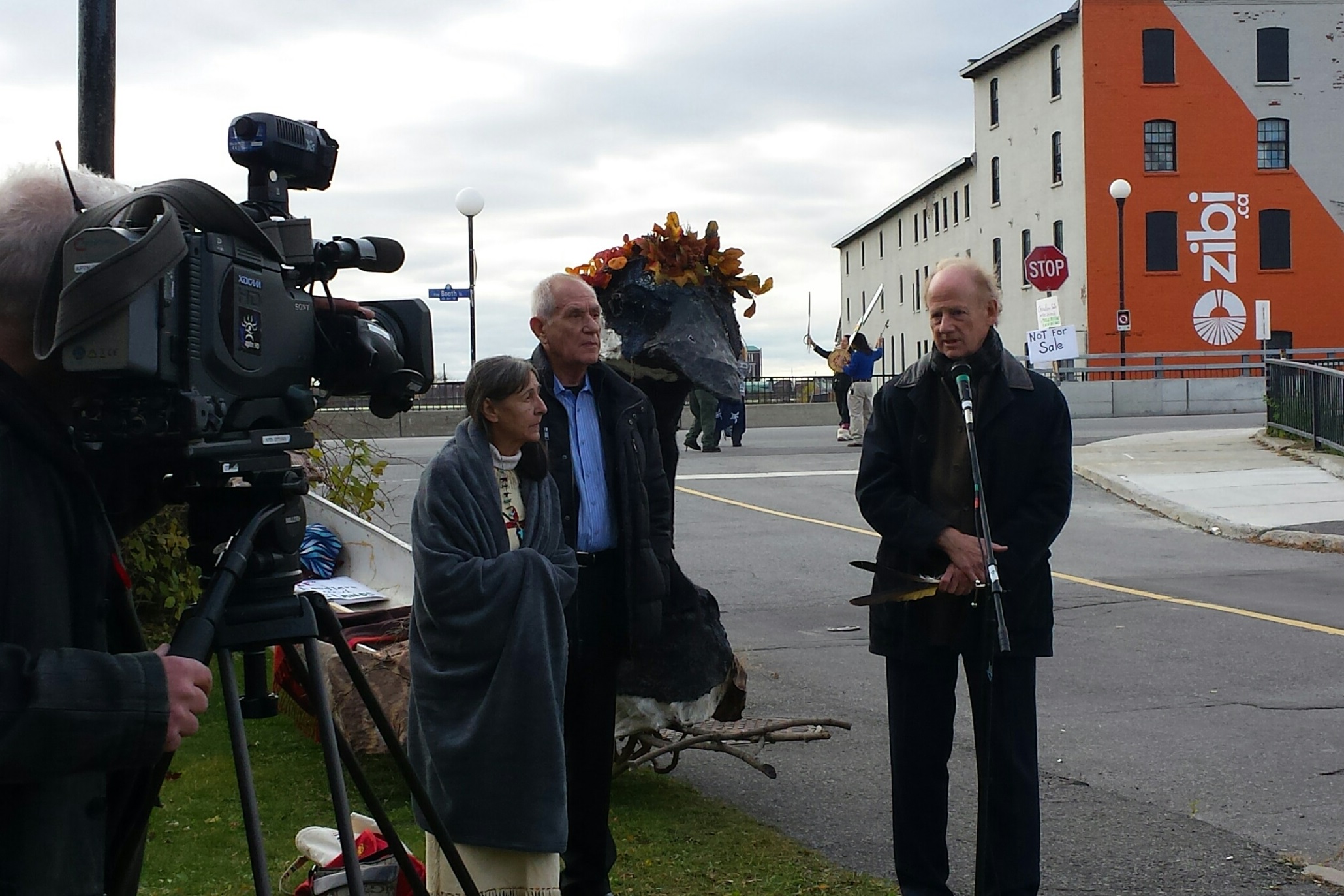 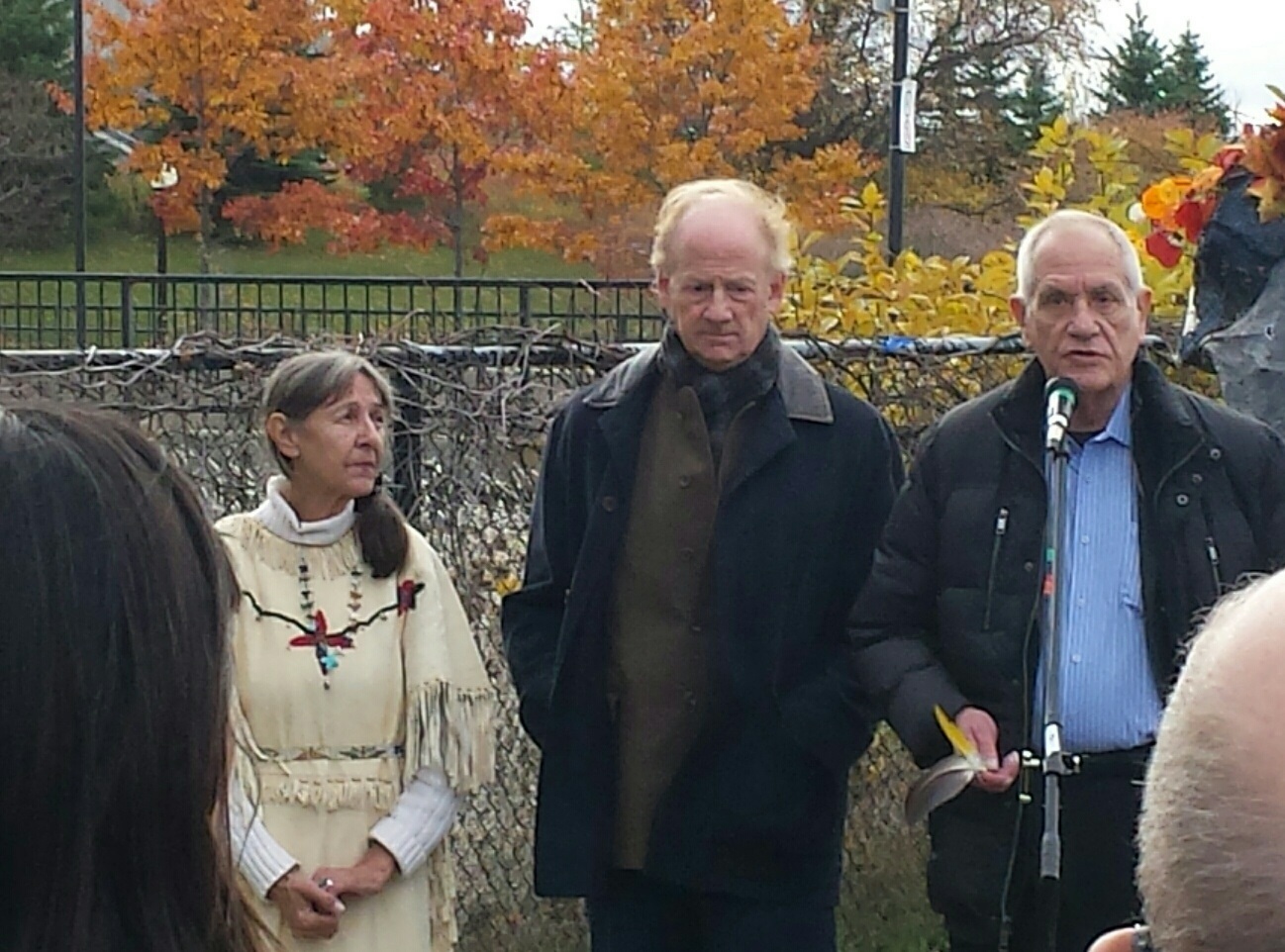 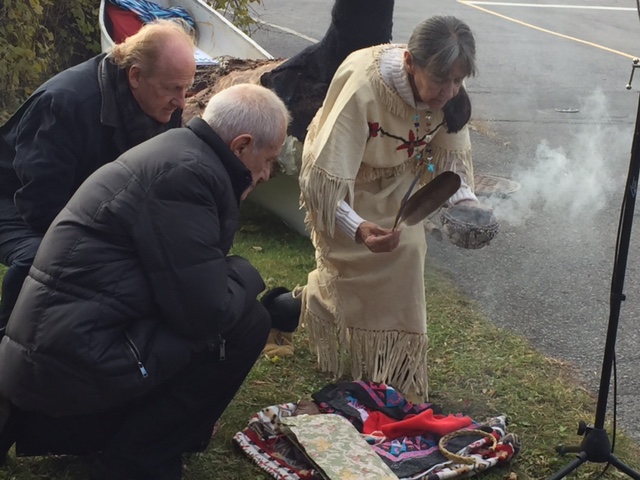