The earth speaks of Kitchi-Binesi

When Tim Yearington first saw drawings for Asinabka that architect Douglas Cardinal created for the Chaudière Falls and the three islands at its base, he saw a large, natural geo-form in the shape of a bird.
Tim is a teacher, story-teller and elder who sits on the board of the Odawa Native Friendship Centre in Ottawa. He has worked as a commercial artist, and his eyes easily see what others may not see—at least at first glance.
Tim is calling the geo-form the Great Bird of Kitchissippi (the Indigenous name for the Great River or Ottawa River). He says the geo-form is the spirit of the Great Bird coming back — and now that we see it, we can recognize and respect it.
The Great Bird represents the essence, or spirit, of an important, powerful and benevolent being with great vision and foresight, says Tim. It symbolizes the Great Spirit of the Creator. In many Indigenous world views — including the Algonquin — the Great Spirit is seen as a large eagle-like bird or Kitchi-Binesi, which means “Great Bird” in Anishnaabemowin, the Algonquin/Anishinaabeg language. This Great Bird is sometimes described as being akin to the Thunderbird.
The return of the Great Bird, or Thunderbird, heralds a time of positive change. Since the Great Bird is looking east, this means we may now be able to enter a time of new beginnings.
Tim’s final comment on the Kitchi-Binesi is that it is currently imprisoned. The ring dam that holds back Chaudière Falls straddles the throat area of the bird — the place of voice and speaking. And there are two bridges that cross over the body of the bird. They look like bars on a jail cell. The kettle (Chaudière, in French) of the waterfall exists at the throat of the Great Bird. This sacred place represents the bowl of a pipe according to traditional knowledge. It was right here, standing on the shores of Chaudière Island, that Indigenous people used to offer tobacco in prayer.
Can the bird be freed from the constraints that came with industrialization of the Ottawa River? Can it escape the plans for commercialization that will benefit two corporations and put large footprint buildings on small pieces of land that could be revitalized with trees and turned into public parks? 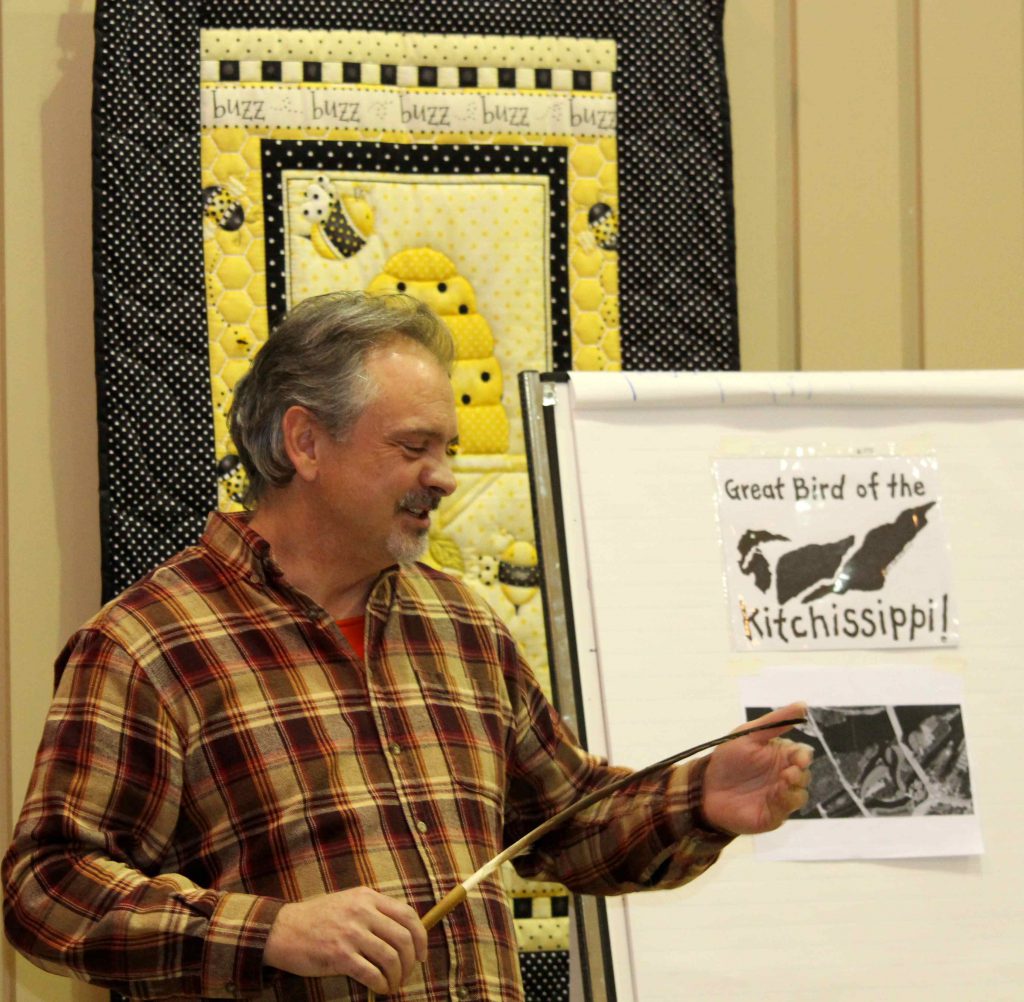