With the launch of their website StopWindmill.ca, committed labour and student activists in the nation’s capital have organized a public meeting on June 8 in support of the It Is Sacred ceremony and walk to Parliament Hill set for June 17.

The coalition represents six labour and student groups that are vowing to #stopWindmill. Each group has passed resolutions in recent months and is mobilizing support among its members around the message “Reconciliation Needs Justice.”

Respected Algonquin Elder Albert Dumont, former city councillor Clive Doucet, and settler ally/union activist Cathy Remus will be on the June 8 panel that aims to  discuss ways to support an authentic Indigenous vision for three islands and Chaudiere Falls in the Ottawa River.

“Read our Q&A to learn 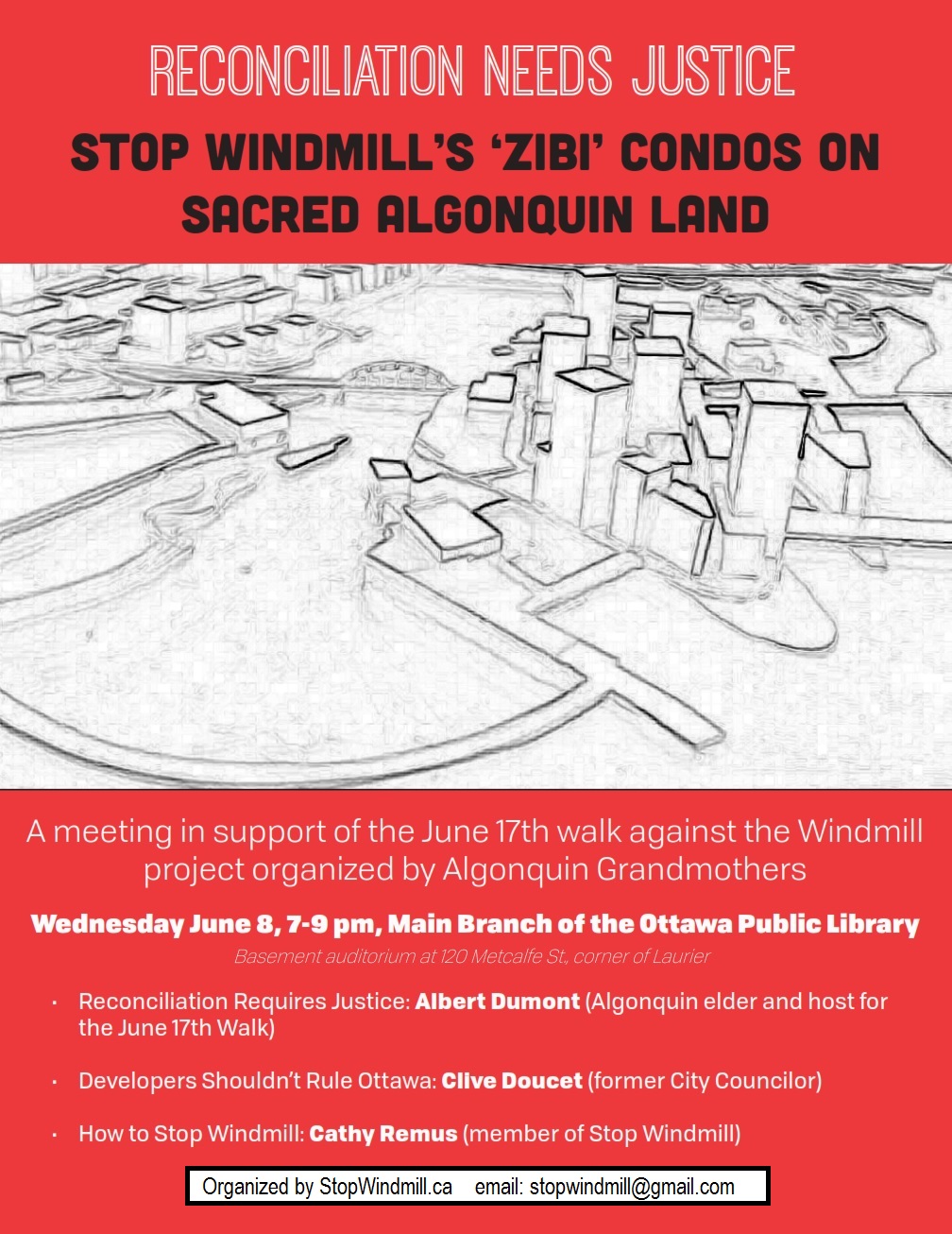 more about why this project is problematic, and why, in the spirit of justice and reconciliation, and in view of Canada’s official adoption of the United Nations Declaration on the Rights of Indigenous Peoples, this project should not move forward,” the website says. “There is an alternative vision.”

Come to the June 8 meeting to talk about how you can support it.